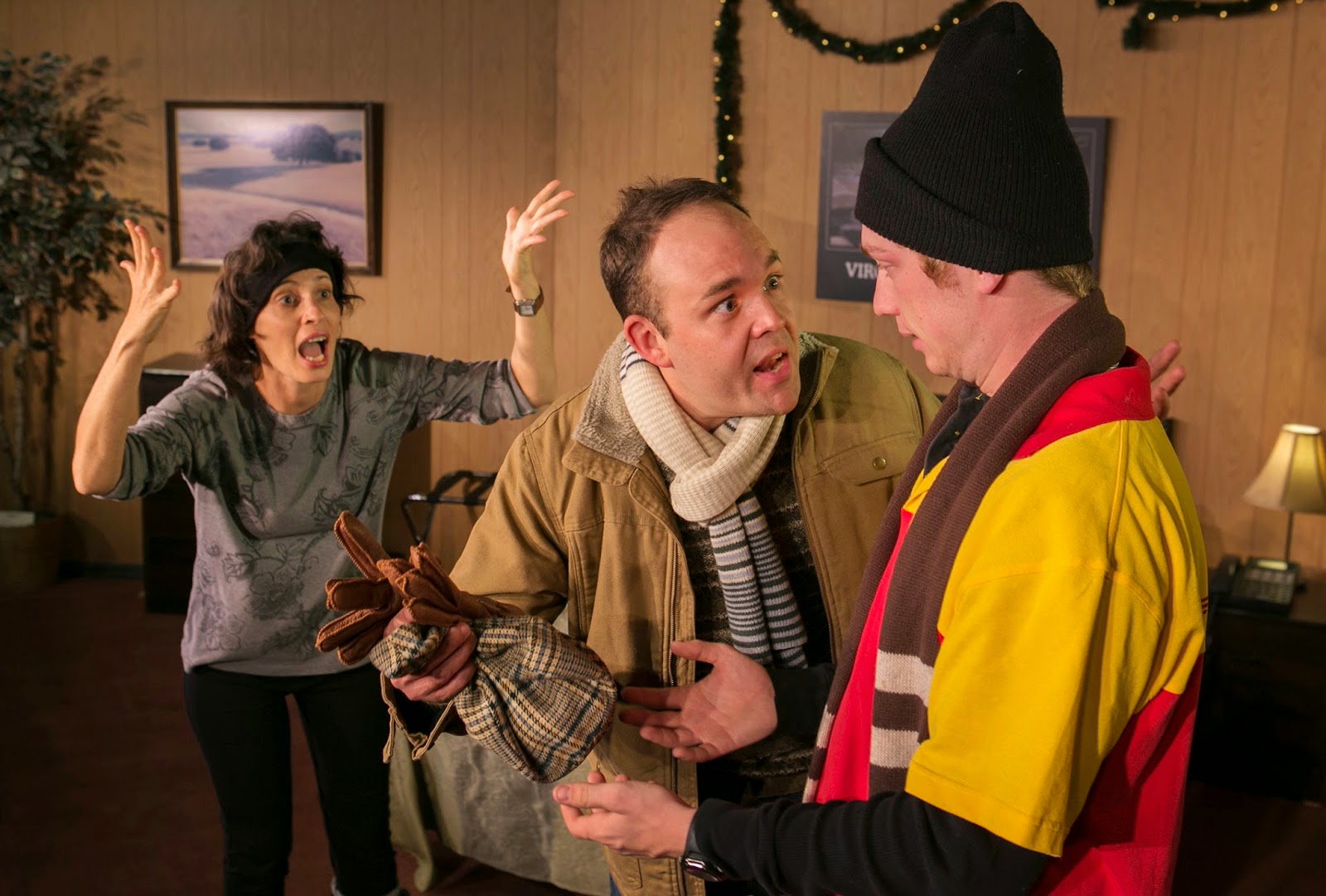 A Rave for HANDLE WITH CARE
Arizona Daily Star

Noga Panai spent the bulk of her time as Ayelet in IT’s current offering, “Handle With Care,” speaking Hebrew. It was a demand of the role that that be her first, and almost only, language. Really, now, how many actors can you point to here that could step into that role? And step into it well?
While no one else on the stage understood her character (except her grandmother in the few scenes they had), and most of the audience wasn’t sure what she was saying, Panai made Ayelet, a young Israeli who has reluctantly accompanied her grandmother on a trip to the to states, full and recognizable.
This Jason Odell Williams play about fate and a search for love and meaning is slight, and excessively contrived.
But this cast of four, directed with a tender touch by Susan Claassen, made us believe — in fate, friendship, and love at first — maybe it was the second — glance.
Ayelet and her grandmother (Lois Lederman nicely portrayed the hopelessly romantic oldster) have been haunting small, out-of-the way Virginia towns. They stay in blah hotel rooms — think the lower-end of Motel 6 — in search of something. Ayelet doesn’t know what, and her grandmother isn’t saying. At least not at first.
When her grandmother dies, Ayelet quickly makes arrangements to fly her back to Israel. Thing is, Terrence, the seriously spacey courier (a very funny Jesse Boone), loses the body. As he speaks no Hebrew, and she no English, getting the message across is a tad difficult.
Enter Josh (Luke S. Howell in a sweet and completely sincere performance). Josh is Terrence’s friend and happens to have a Jewish mother. Terrence makes the giant leap that, therefore, Josh can speak Hebrew.
“Handle With Care” chronicles their struggles to communicate as the story jumps back and forth between the day of the death, and the day after.
There are plenty of laughs in the play, but more than anything it has a sweetness that counterbalances the thin plot. And while the story might not stick with you, this cast and its heartfelt performances surely will.


Copyright 2014 Arizona Daily Star. All rights reserved. This material may not be published, broadcast, rewritten or redistributed.
Posted by News from Suz at 12:12 PM